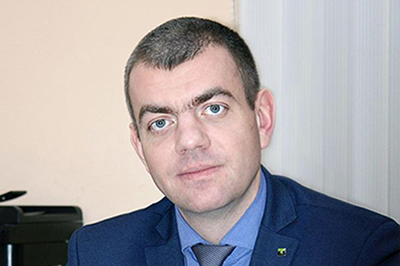 In 2015, the «Program of calculated and experimental studies on justification and assessment of long-term safety of the deep disposal facilities for liquid radioactive waste in order to implement the recommendations of the IAEA mission» was developed. Some parts of this program are implemented by SEC NRS together with some leading academic institutions and ROSATOM’s enterprises.

The obtained information was used at the following stages: to prepare the experimental programs for defining parameters necessary for modeling of the processes at the radioactive waste (RW) disposal system; to develop the DDF LRW geofiltration and geomigration three-dimensional models; to analyse events, phenomena and factors which are taken into account in scenario development for the evolution of the RW disposal system.

One way to improve the long-term safety assessment, taking into account the IAEA recommendations, was developing the DDF LRW simulation models and performing predicting calculations to assess long-term safety for RW disposal system after DDF LRW closure. For this purpose, DDF LRW models have already been developed and updated by SEC NRS and new geofiltration and geomigration models have also been developed. So, the Russian-made software tool GeRa (developed by IBRAE RAN) was used for model development. The models were supplemented with planned volumes and LRW characteristics for the period up to DDF LRW planned closure, the boundary conditions for the models were also specified, the ranges of permeability coefficients were defined for horizons and low permeability formations. The preliminary results of calculations performed for the developed scenarios of normal evolution indicated the permissible DDF LRW exposure in the long term.

Another area of research within the implementation of the IAEA Mission recommendations is to justify the safety of the DDF LRW closure. To this end, the concept of the DDF LRW closure has been developed, which defines the main stages of work on the DDF LRW closure, including organizational and technical solutions for ensuring safety in and after closure, measures on radiation monitoring, volume and frequency of radiation monitoring and monitoring of the RW disposal system as well as, the procedure of collecting and storing (transmitting) information obtained at various stages of the LRW life cycle.

According to this concept, wells are eliminated using special technologies for reliable isolation of the horizon from the overlying formations, as well as excluding overflows along the annular and intertubular space of well casing strings.

Currently, the final report on the implementation of the IAEA mission recommendations is being developed.